Accounting for Lust by Ylette Pearson

I’m proud to announce that the novel “Accounting for Lust” is now available from Amazon.com and Amazon.uk. 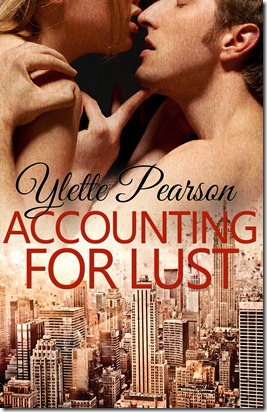 Here’s the blurb for the novel.

Steaming hot sex was the last thing on Jake Pierce’s mind when he agreed to protect the new boss of Adams Armoury Incorporated after someone tried to kill her. However, when Cassandra Adams walked into the office, Jake found himself battling memories of tangled sheets and sweaty bodies.

Feel free to have a look and tell me what you think.